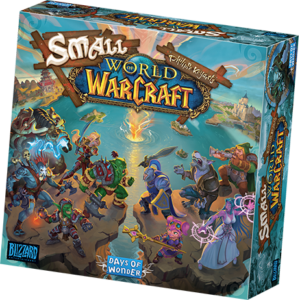 A new day dawns on Azeroth. A day like every one before it, and every one after. A day of merciless struggle for the control of the World of Warcraft. Not only is this Small World territory far too tight for everyone, it also hosts the never-ending conflict between the factions of the Alliance and the Horde. Dawn has broken and the time has come to take your place on the front lines.

Small World of Warcraft is a stand-alone board game set in Blizzard’s glorious video game universe, Azeroth. 2-5 players vie for control of several islands in this hostile world and their only hope will be to pick the right combination of races and special powers. After staking your claim to a piece of land, defeat your neighbors and expand your territory.

If you can occupy legendary places and control powerful magical artifacts, you’ll reach new levels of domination. However, empires must eventually fall, so be ready to put your over-extended race into decline and lead a new one to glory so you can eventually rule Azeroth. 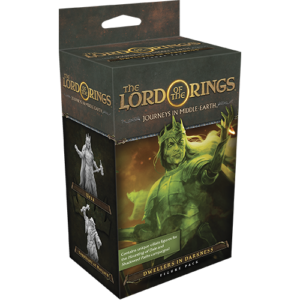 This expansion offers three new and unique miniatures representing the terrifying nemeses players will face off against throughout the Shadowed Paths and Haunting of Dale campaigns. Now, players can capture the true menace of these servants of Sauron as they pursue the heroes throughout each campaign.

In addition to three finely sculpted miniatures to represent the Supplicant of Morgoth, Ollie the Troll and the Sinister Shade featured in Haunting of Dale. This expansion also offers nine new cards for the game—three titles and three trinkets that players may have the chance to earn as they play through the campaigns, as well as three item cards to give them more options for upgrading their weapons. 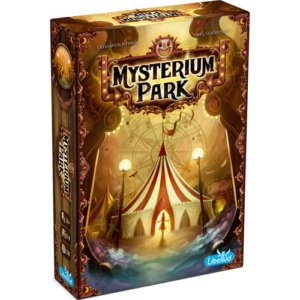 Welcome to Mysterium Park! Its cotton candies, its circus and its dark secrets… The former director disappeared, but the investigation came to nothing. Since that night, weird things have happened at the fair. As psychics, players are convinced that a ghost haunts this carnival. They’re now intent on giving it a chance to reveal the truth.

In this stand-alone asymmetrical game, the ghost sends visions with illustrated cards. The psychics try to interpret them to exonerate the safe suspects and locations and, finally, seize the only chance to understand what happened a few years ago. Players have six enjoyable nights before the carnival leaves. They must open their minds and find the truth! Buy it HERE 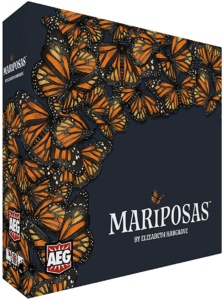 Every spring, millions of monarch butterflies leave Mexico to spread out across eastern North America. Every fall, millions fly back to Mexico. However, no single butterfly ever makes the round trip.

Mariposas is a game of movement and set collection that lets players be part of this amazing journey.

Mariposas is played in three seasons. In general, your butterflies try to head north in spring, spread out in summer, and return south in fall. The end of each season brings a scoring round, and at the end of fall, the player with the most successful family of butterflies — i.e., the most victory points — wins the game.

—description from the publisher    (Buy it HERE) 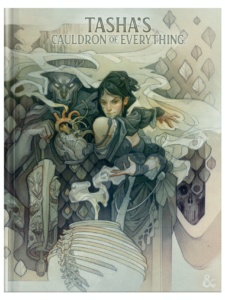 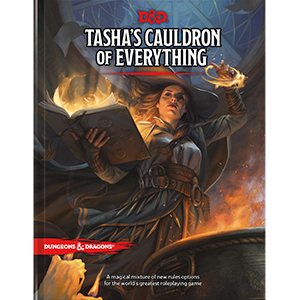 Welcome to the Wonderful witchery of Tasha’s Cauldron of Everything! The great wizard Tasha has painstakingly assembled all manner of treasured secrets for the enrichment of all! Here is what you will find within this illustrious tome. 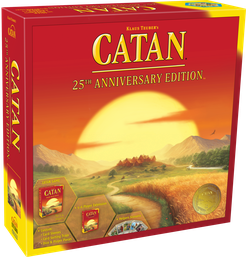 Few games have shaped today’s hobby and board gaming landscape like Settlers of Catan; later simply Catan.  For many this was THE board game played with friends, parents, and siblings. Today it continues to be a great way to spend an evening and new players are constantly discovering how much fun trading wheat for sheep can be!  So join us at TerraCrux Games in celebrating 25 years of exploration and discovery with the Catan 25th anniversary edition which contains the classic Catan 3-4 player board game along with everything for up to 5-6 Players, the Helpers of Catan Scenario, and special iridescent anniversary wood pieces and dice. In addition it includes resource-card sorting trays and card sleeves! 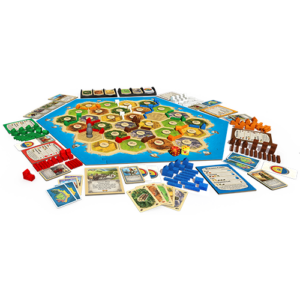 PLUS—10 Catan–Helpers, 2 card sorting trays, and 180 Catan clear card sleeves to keep things pristine for the next 25 years!

We at TerraCrux are always adapting and trying to find ways to serve you better. With the current suspension of in store play we have decided to adjust our hours of operation so that we open at Noon and close at 8 PM every day except Monday when we will be closed and Sunday when we will close at 7 PM. If you need special considerations or can’t make it till later reach out to us and we will do our best to get you the games and supplies you need to keep on Gaming.

Effective immediately we are closing our gaming tables in order to comply with the latest orders from Gov. Inslee. Customers can still come in to shop with face masks required. We also are still offering curb side pickup services and shipping.

Stay safe and Keep on Gaming 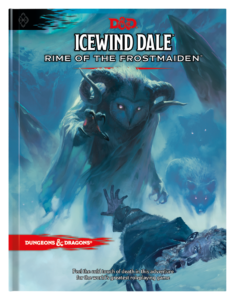 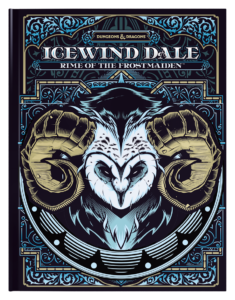 We are dedicated to bringing you a fun and, more importantly, safe place to buy, enjoy, and play games. In accordance with the guidelines put forth by the Washington Governors Office we would like to share with you our Written Procedures for In Store Activity. We are happy to announce that starting Friday we will resume limited store play. Table space is free as normal, and first come first serve; please call ahead to ensure we have space (253-203-1647).

A site-specific COVID-19 Supervisor shall be designated by the employer to monitor the health of employees and enforce this COVID-19 job site safety plan.

1. We have contactless pay options; including our online store and curbside pickup.

We look forward to see you all soon, and keep on gaming!