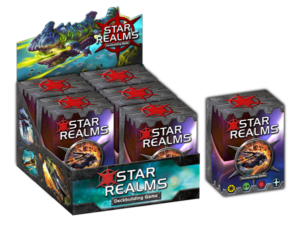 This holiday season little gifts can make a big difference. That is why we are going to try and highlight some of our best stocking stuffer games for couples, room mates, and families! A game that ticks all the boxes is Star Realms! A game for two players (or four if you bring another deck) Star realms is fast paced and easy to play and a great way to learn about deck building games if you are new to gaming! So check out Star Realms or any of our great products this holiday season. And remember, board games are easy to wrap!